Menu
Log in
Register
Install the app
You are using an out of date browser. It may not display this or other websites correctly.
You should upgrade or use an alternative browser.

She floats but leaks a survey does your all wood canoe leak?

Wooden Canoes are in the Blood

This first picture I posted above. After years of sitting in a boat house this narrow board stripper leaked bad. I inverted the canoe and put six towels on top, kept them soaking wet for three days.
The second photo shows the result. The leaks on the right side of the keelson have sealed. The left side still leaks but has diminished dramatically. I will experiment further.

Hi Treewater
Nice pictures.
I had similar experience with Felix's canoe once she had been left on damp grass overnight there were no leaks.
I am still hopeful that if I dry her out for long enough and then varnish again before she goes in the water she will begin the process without leaking and with even more luck she may eventually remain leak free as long as I keep up with a yearly varnishing.
cheers
Alick
OP
OP

And now for an update! Following my last launch of Felix's canoe you may recall she leaked quite profusely because she had been drying in my work shop for about eight months.
Following that soaking I let her dry out again and over the next few months leading up to this years Beale Park Boat Show I applied another four coats of varnish.
I am pleased to report that when I put her on the water there was no leakage
Following on from that I left her on show for a few days drying in the sun.
Since then she has been drying inmy workshop again but I think I will just do another coat about a week before next launch to be sure she stays watertight.
Here's the blogg of my weekend at Beale Park with even more beautiful boats to see.

Yesterday I took "Felix's canoe" my 1890s Thomas Gordon out for a paddle to see how she fairs with leaks after being stored in my relatively dry,( it has some roof leaks) workshop for a long time.
She leaked a little but nothing a sponge couldn't deal with

I have decided I will take her out again this Sunday and then I'm going to go through the steps outlined in Geoffrey Burkes video from this years assembly.
Maybe when I initially revarnished I just didn't do enough clinching or enough coats of boat soup.Anyway I will report back..

So I have embarked on the process of following Geoffrey's method to see if that will make Felix's Canoe leakproof. I washed and dried the hull as suggested and then spent several hours clinching every tack. I don't think I missed any! I had to do it in stints of a few hours at a time to avoid doing my back an injury spread over a week.
Then I sanded with 120 grit. Then I sanded between ribs and then on them. Luckily its just to key the varnish and I don't have to strip the whole boat all over again Phew! Next I did the same to the outside which is far easier being a relatively flat surface apart from the many scars of 120 years life. Boat soup followed starting with the inside. I mixed up about four litres to Geoff's recipe 1 varnish 1 boiled linseed oil 1 Pure Tung oil and 3 Turps. I poured it in lifted each end up to reach bow and stern and sloshed it all around leaving it sitting with the canoe heeled over in various angles to make sure all was well soaked. I brushed it into the gaps between ribs and planking and then after leaving it for 20 minutes checked it and spread it around again. After a while there were a few places underneath where it had leaked through a little but no huge puddles. After another long soak I poured it out and managed to get most of the surplus back into my tin using a piece of folded cardboard under the gunwale as it poured it out. Then when lifting underneath to reach the tin I caught the bottom of it on another piece of card on the floor and promptly spilt a large portion of it back onto the floor, Doh!
Anyway I wiped away the rest of the surplus wringing the cloth into my tin and then turned the hull over to coat the outside. This was also left for 20 minutes and then I brushed it well into all the joins applying more before leaving it again and wiping it off. Here it is in the wet stage. and here it is after wiping off. I am now leaving it for a few days to dry well before I varnish with 50 /50 varnish turps mixture which will be followed by full strength varnish.
Looking at the hull today I noticed the gaps between planks do look to be well filled by the boat soup mixture so I think we might be on to a winner..

Now for the latest on Felix's Canoe after the Geoffrey Burke treatment.
This weekend just gone I met up with my WCHA friends and we went for a paddle on the Thames. I am pleased to report that she doesn't leak!
Gold star for Geoffrey.⭐
We had a great weekend and there were some more lovely canoes there.Nick brought his Old Town Charles River,Al had his chestnut that he bought from Nick,There was a Peterborough cedar rib previously owned by Jack Beresford,a wakefield and another Old town owned by David Milward and Andy in his UFO he calls stumpy. A few weeks ago we returned to the Thames for our annual WCHA meet there.Just prior to.the weekend I took Felix's Canoe out for a test paddle on the Nene.Unfortunatley after a year hanging in the workshop and three of the hottest driest days on record in the UK!
The leaks were back although I was able to paddle and sponge out without having to haul out and empty the water too often.
I paddled for a day and have left the canoe to dry well over the past few weeks.
My thinking is to repeat the boat soup treatment as it is having an effect just not quite enough.
My questions / thoughts are.
1.Do I need to go through the whole process repeating every step or should I maybe skip the rubbing down.
2.Is the clinching really needed second time around?should I maybe just concentrate on the floor area where the leaks seem to be.
3.The leaks begin in the centre line area and there is a gap just visible between the planks at this point.
4.As the canoe has no keelson might it be a good idea to fit one?If so how with 120 or so ribs to fit it over?
5.MaybeI should try Ethylene Glycol.Has anyone had success with it?
Any help appreciated

In any case we had another fabulous Thames Meet and I took The Riverside Prospector.

In answer to your original question, I’m pleased to answer ‘No’. 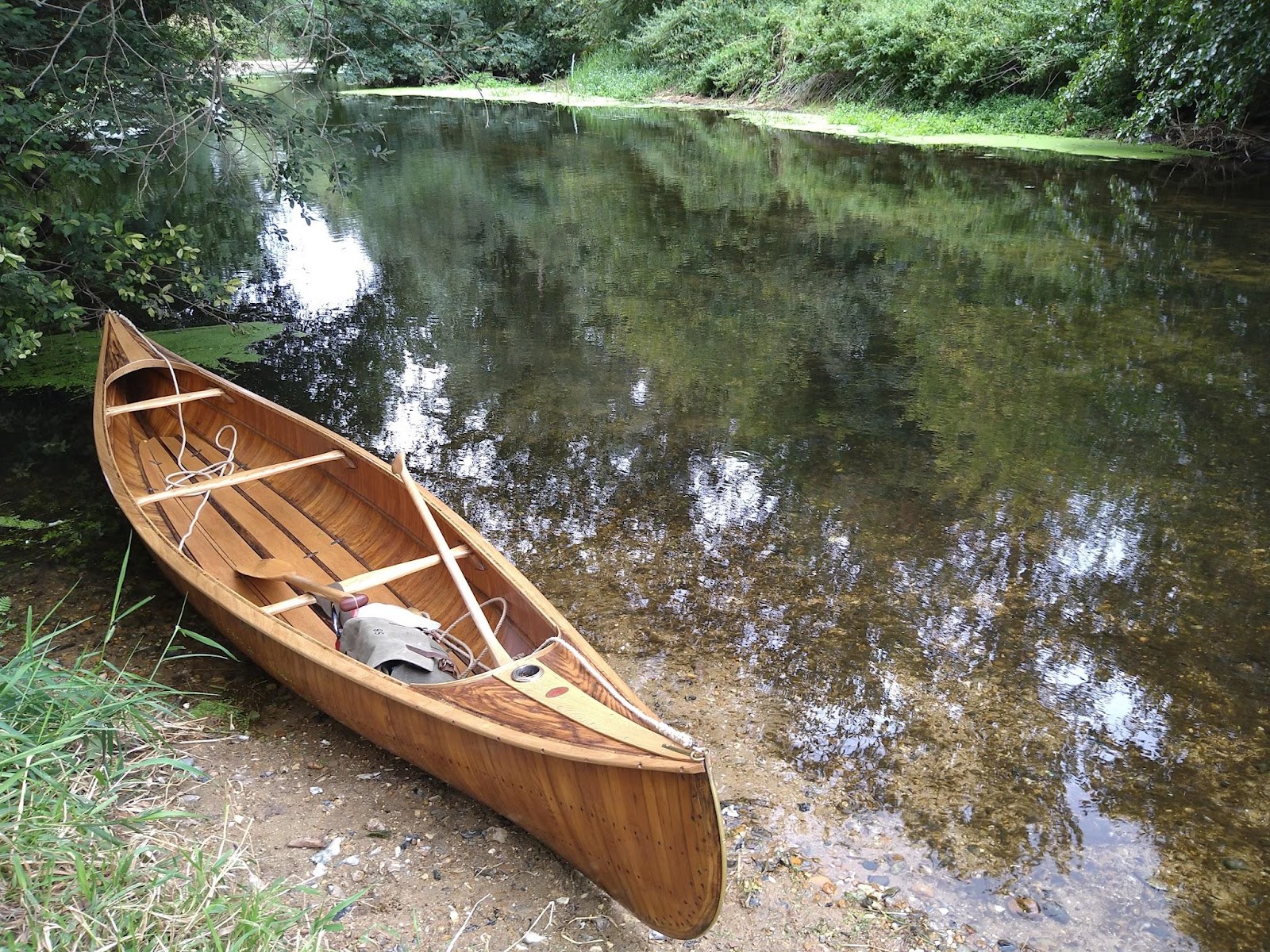