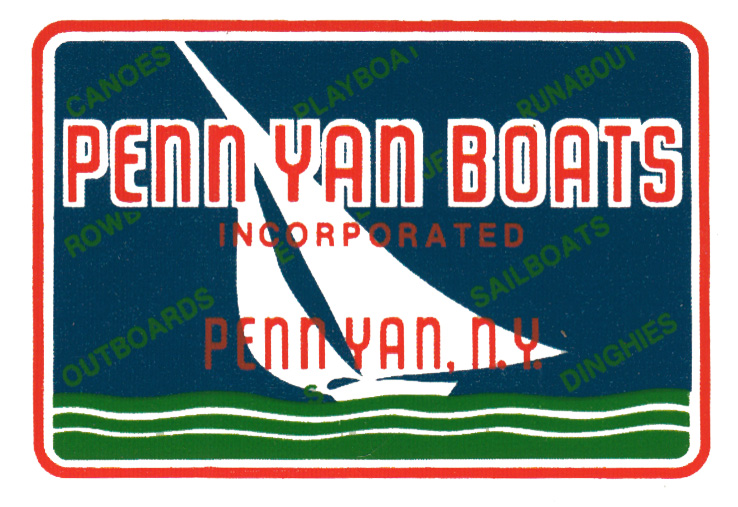 The Penn Yan Boat Company of Penn Yan, New York, was founded in the mid-1920s. Perhaps more well known for the outboard boats they built, the company built a variety of canvas covered canoes, and a fair number survive today. The company ceased building wood boats and canoes in the early 1960s, switching instead to all fiberglass production. No records are known to survive.

Serial Number Format: Two or three letters followed by 3 or 5 digits is typical, there are variations. In some cases the first two letters indicate the model, in other cases the first letter indicates model and the second indicates length. The third letter, if present, indicates trim (S=Spruce, M=Mahogany). See the Penn Yan identification table below for letter codes.

Dating: Sometimes (apparently only in the second half of any given decade) the first two digits of the serial number are the year built, and the remainder the presumed order of construction. In the case of Owasco, Rainbow Guide and Kingfisher model canoes, three letters in the serial number indicates 1947 or earlier, 2 letters is 1948-1960. An exception is that some pre-1933 16’ Rainbows and 16’ Owascos may be marked RC and OC, respectively.